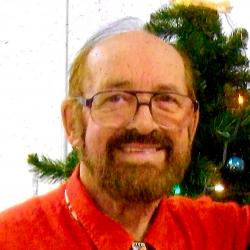 It is with profound sadness that the family announces the passing of Martial “Frenchie” Richard, 78 years old, on Saturday June 11th 2022 at St. Joseph's General Hospital in Elliot Lake. After a series of health issues, he died peacefully in his sleep, comforted by a family member with songs and stories.

Martial was born June 21, 1943, to the late Bertha and Joseph Richard in Notre-Dame-des-Bois, Quebec. He is survived by his wife of 18 years Shelva Richard (Devon and Alison). Survived by son Marc Richard (wife Allison), and daughters Carole Richard (husband Jeff) and Lucille Brunet ( husband Norm). Grandfather of Nicolas, Claire, Kris, Nancy, Meadow and Willow. Martial was predeceased by wives Linda in 1979, and Aline in 2001.

While his passing comes before any of us wanted, we find comfort in knowing he has been reunited with his parents and loved ones who passed before him. Those who knew him will reflect on memories of Martial's quick wit, his sense of humour, love of old cars, and his generous heart. He was always willing to give the shirt off of his back.

Martial often shared stories of growing up within a large family on the farm near Sherbrooke Quebec, including stories of his love of horses and the mischief he would get into with his siblings.

Once he left his family’s home, Martial worked different professions including masonry, construction, bus driving and mining. Although he worked many years in the Rio Algom mines in Elliot Lake, he also had a passion for fixing cars and working in his garage. He collected many parts and tools, helping friends and neighbours with vehicle troubles.

Service will be held at 1 pm on Saturday July 9th at Woodland Cemetery in Kitchener (119 Arlington Blvd).

In lieu of flowers, the family requests a donation to be made in his name to the Heart and Stroke Foundation.

Wish you sympathy for your dad and family. I am Daniel Carrier wife who he deceaded in 2014. Peace for your painfull of lost a great person like your dad. Sorry for my poor english. Aunt Denise Carrier phone me to let me know.

Leave a Condolence for Martial